Once Upon a Time

Allison Stewart spent time as a kid visiting The Museums of Fine Arts, Houston. Now, her work is being displayed at the very place she found her true calling 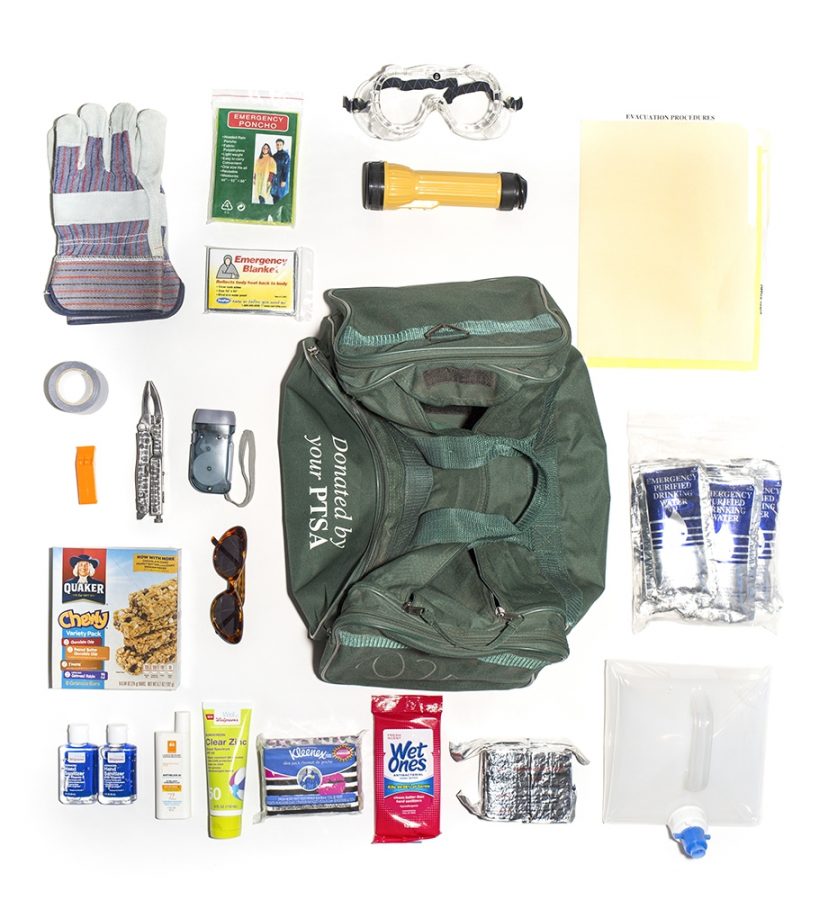 One photo in Allison Stewart's Bug Out Bag: The Commodification of American Fear collection.

Once Upon a Time, there came about a baby girl.

Her name was to be Allison Stewart and she was destined for many great things.

At a very young age, she picked up painting, drawing, and stealing.

Why, the camera used only for special occasions stored in her mother’s closet, of course.

And though she would go about creating art, she “didn’t understand the role of the artist.”

So one day, her father took her to her very first art museum, The Museums of Fine Arts, Houston where they spent time looking at Leonardo Da Vinci’s drawings. Stewart was particularly fancied by his botanical sketches.

There, something occurred to her, “‘So this was his job,” Stewart said.

From that way forward, she called herself an artist.

The years passed by and she entered high school, the time where she discovered Georgia O’Keeffe, the most famous female artist in America at the time.

“I would look to her and her life as a sort of halfway to becoming an artist,” Stewart said.

Of course, the pathway to becoming an artist proves not to be an easy one. For one thing, it’s hard to produce art itself.

And struggle she did. Sometimes, she would reach an art block, or as she likes to call it, a “lying fallow.” It can be defined as to remain uncultivated, unused, unproductive for a time.

“This summer, I was lying fallow, spending time in my head, finding other ways of working but not actually creating,” Stewart said.

But in the times where she is productive and making work, she charges into any competition that comes her way, always submitting, never backing down despite the losses she experiences most of the time.

Sometimes, though, she wins.

Recently, she was a runner up in an international competition, the Paris Photo Prize, “State of the World.” And her Bug Out Bag book was acquired by the Museum of Fine Arts, Houston (yes, the very place she found her true calling 🙂 for their Permanent Collection.

“I am incredibly proud of Ms. Stewart,” Jason Pinkser, a colleague of Stewart in Hoover, said. “ As a native Texan, I know she must be honored to have her work in the museum collection. It is a big deal.”

Which poses the question:

Where did becoming a teacher fit in with her artistic life?

Because it’s known that artists have it hard, hence why some parents use it as an example on what not to become. It’s a competitive career choice.

With this in mind, Stewart searched for  another job that was a “good balance to [her] studio life.”

She tried several jobs but they weren’t quite right. Despite people’s encouragement to start teaching, she doubted them.

But one day, she was like, “What the heck,” and she gave it a go. And it was like love at first sight.

“She has always been an amazing Photo teacher, but since then I’ve seen her take on AP Art History and grow it into a super successful program,” Pinsker said. “You can also tell she has a passion for the subjects she teaches, and that is rare in education.”

The tale ends here, with a message from Stewart: “Don’t quit your day dream.”