Is Sleeping In During School an Option for California Students? 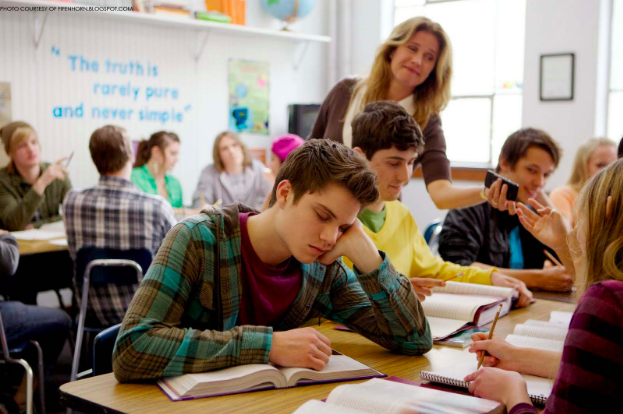 Students falling asleep in class and groggy mornings are not unfamiliar sights to see across school campuses. Because of early start times, students get minimal hours of sleep. The lack of sleep affects more than just their level of class participation. More importantly, it is affecting students’ health, demanding change within our educational system.

In research conducted by the Centers for Disease Control and Prevention (CDC), analyzing data from the 2015 Youth Risk Behavior Surveys, 73% of high school students were not receiving an adequate amount of sleep. In addition, 58% of middle schoolers were not receiving enough sleep.

Senate Bill 328, introduced by California Senator, Anthony Portantino requires “the school day for middle schools and high schools, including those operated as charter schools, to begin no earlier than 8:00 a.m. and 8:30 a.m., respectively, by July 1, 2022.” Governor Newsom signed the bill into law, delaying school start times in 2022, to accommodate for the lack of sleep students have been receiving. However, delayed start times do not account for zero period classes, as the earlier start time only affects a small portion of students.

California will be the first state in the country to delay start times in schools, setting a precedent that prioritizes student health. This will impact not only the quality of students’ work but their mental health as well.

“It is very important for students to acquire adequate amounts of sleep due to the fact that we need to be able to focus on school and efficiently complete assignments,” said Adriana Minasakian, senior at Hoover High School.

The basic requirement to function properly in academia and health is not an option for a vast majority of students. Students are often forced to choose between attending school promptly and sleeping after a long night of studying.

In a multi-site study conducted in 2014 by Kyla L. Wahlstrom, Ph.D., it was discovered that teens who received less than eight hours of sleep had significantly higher symptoms of depression.

There is a direct correlation between the hours of sleep received and the mental health of students. Endless studies indicate the detriments caused by the lack of sleep endured by students, and California has been the first state to initiate a solution to the issue.

Mental health concerns are often overlooked in the educational system, hidden behind stacks of homework, standardized tests, and college preparation. Senate Bill 328 provides California students with the opportunity to prioritize their health, leading to an improved quality of schoolwork.