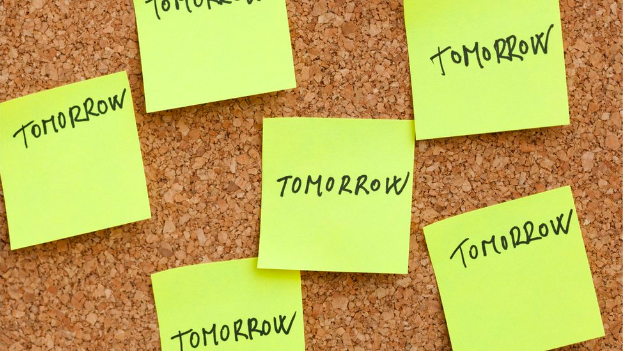 Finally, the deadline arrives and you realize that you’ve waited until the last minute to finish your assignment, and you don’t have enough time left. You then either rush through the assignment or turn it in as late work instead.

If something like this has happened to you, then you’re probably one of the hundreds of thousands of students around the world who have procrastinated and waited until the last minute to complete your assignment.

Procrastination is a common tool used by students to delay or postpone their assignments. Whenever students feel like they are struggling to finish up multiple assignments at once, they would usually postpone a few of them and finish up the ones that are the easiest and are due sooner.

Students, however, aren’t the only ones who procrastinate. Many adults who work at multiple jobs also procrastinate so they can focus on one job before moving on to the next one.

The problem with procrastination is that when students wait out for a long period of time to complete their assignments, they don’t end up doing them at all and instead choose to focus on other activities. Most students would end up finishing the assignments that are due very soon, but once they’ve reached the assignments that are due much later in the semester, that’s where the issue of procrastinating begins to unfold.

According to Tim Urban, an influential speaker and writer, he explains to his audience in a TED Talk that if people who procrastinate so much don’t end up doing any of their work, those people would end up in a zone known as the Dark Playground, a place where leisure activities happen at times when leisure activities are not supposed to be happening when you have work to do.

He goes on by asking his audience this question: “How does the procrastinator ever get himself over here to the blue zone, a less pleasant place, but where the really important things happen?”

And he answers by saying the procrastinator has a guardian angel watching over him, known as the Panic Monster, who wakes up anytime when the deadline is closing in and suddenly alerts the individual to stop doing what they’re doing and get back to finishing their work before the deadline is due.

The same principle applies to all students who procrastinate for a long time. When your assignment is due on the day you wake up for school, you finally realize you don’t have much time left, and so you leave the Dark Playground and start to work on your assignment before it is due when class begins.

Now you may be asking, “How do we procrastinate without ending up in the Dark Playground?”

A good piece of advice would be to complete the assignments that are due sooner first, and for those that are due later, start working on those assignments little by little every day so you won’t have to wait until the last minute to finish the whole thing.

“I’ve procrastinated a lot on my assignments so much that I was used to it, and then I realized the effect it had on my grade,” said Brian Zirrakyan, a 12th-grade student. “That’s when I started turning in my assignments on time and it made a huge difference.”

There is no real solution to prevent students and adult’s from procrastinating, as everyone in the world procrastinates from time to time, whether it’s at school, college, university, or at work. But when you begin to procrastinate so little and turn in your assignments on time, you will start to realize how bad it is to procrastinate so much.

Procrastination can be a useful tool to have when doing multiple assignments or working at a job. But when you procrastinate too often, you’ll most likely end up falling behind on your tasks and not being able to reach your goals to succeed in life.