Why is Gamestock so valuable?

You’ve probably heard a lot of new vocab being thrown around. Here are the answers to your questions 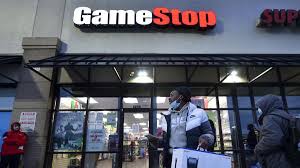 If you’ve seen the news or checked twitter, or been on tiktok, you probably saw a lot of people talking about the skyrocketing prices of Gamestop, AMC, and Nokia. You’ve probably also heard a lot of new vocab being thrown around. Allow me the pleasure to answer your questions.

First off, what are stocks?

Stocks are basically small ownerships of companies. You can pay to own a piece of the company and when they do well and make money your piece of that company also grows and becomes worth more money. For example, if you buy an Apple stock for $100 and a week later Apple releases the iPhone XXI Pro Max, that piece of Apple stock could now be worth $125. However, if Apple flops or if people boycott Apple products, that piece of stock could now only be worth $50.

Why did Gamestop and AMC stock prices suddenly skyrocket?

A group of investors- nearly two million in total- decided to buy those stocks. Mainly meeting in a forum on a website called Reddit. They met on a subreddit, a collection of forums on Reddit, called “r/WallStreetBets” This sudden increase in price is called a “short squeeze.”

Why does that matter?

By putting so much money into a company, normal people can make exponentially more money. If someone bought Gamestop stock at $45, it would be worth nearly $200 now. This is a tactic that the mega-rich have been using for years, buying immense amounts of stocks from dying companies to multiply their own money. Furthermore, they have been using short position trading with those companies, which means those mega rich companies are now losing money.

What is a short position in trading?

A short position is a trading technique where an investor “borrows” stocks, immediately sells it, and returns the stock when prices drop. For example, if I borrowed 10 Apple stocks at $10 (let a man dream) and immediately sell it, that gives me $100. Later, if it drops to $7, I can buy those 10 stocks back for only $70 and keep $30 as profit. However, this is risky because of the possibility of stock prices rising, rather than falling.

Is this even legal?

Well yes, but technically no. The stock market is a free-market system, which means that there isn’t a lot of regulation; thus, rich people can get away with shady tactics like this. While groups of people combining their efforts are legal, the courts will decide if what Wall Street is doing is legal. “I feel that it should be illegal,” said Anthony Peterson, a teacher at Hoover.

Who does this hurt?

This hurts hedge funds and other companies who might take hundreds of short stocks in companies like Gamestop, but now those stocks are costing hundreds of dollars, rather than a mere 40. At the moment the negative effects are only affecting these hedge funds, however, if the whole system collapses, it hurts everyone.

What are hedge funds?

Google says that hedge funds are “a limited partnership of investors that uses high risk methods.” Hedge funds are usually made out of the rich who have the means to take risky stocks.

Why are hedge funds companies panicking?

How could this affect me?

If you don’t currently own or have ways to buy stock, you probably won’t feel its immediate effects. However, the fallout could become an event for our history books. After Robinhood, an app to make trading stocks easier and more efficient for everyone shut down and sold Gamestop and AMC stock, effectively stopping people from making money. Furthermore, Oh we could also be witnessing the start of a class war.

First, no need to panic. Second, it’s another term used to describe the class struggle. Also, it keeps you from clicking away. Getting back on topic, Robinhood is practically gatekeeping normal citizens from joining the stock market antics and making money; thus, keeping the “rich gets richer” system already in place.

Phew, that’s good. What’s this Dogecoin that I’ve been hearing about?

Dogecoin is a cryptocurrency, like bitcoin. It was created in 2013 as a joke and it was based on the “Doge” meme, a Shiba inu. Like Bitcoin, Dogecoin allows for free transfer of money without the regulations that banks have. Cryptocurrencies are similar to stocks as you can make money by buying at a low price and selling it when the value rises.

What can I do?

Unless you have the ability to buy stocks, you can probably just sit back and watch the madness unfold. Stay up to date on new information online- like if there is a government intervention. And do your own research into the topic. Oh! And most importantly, take a few pictures. We’re witnessing history in the making and who knows, maybe one of your tweets or selfies could be used in history books.