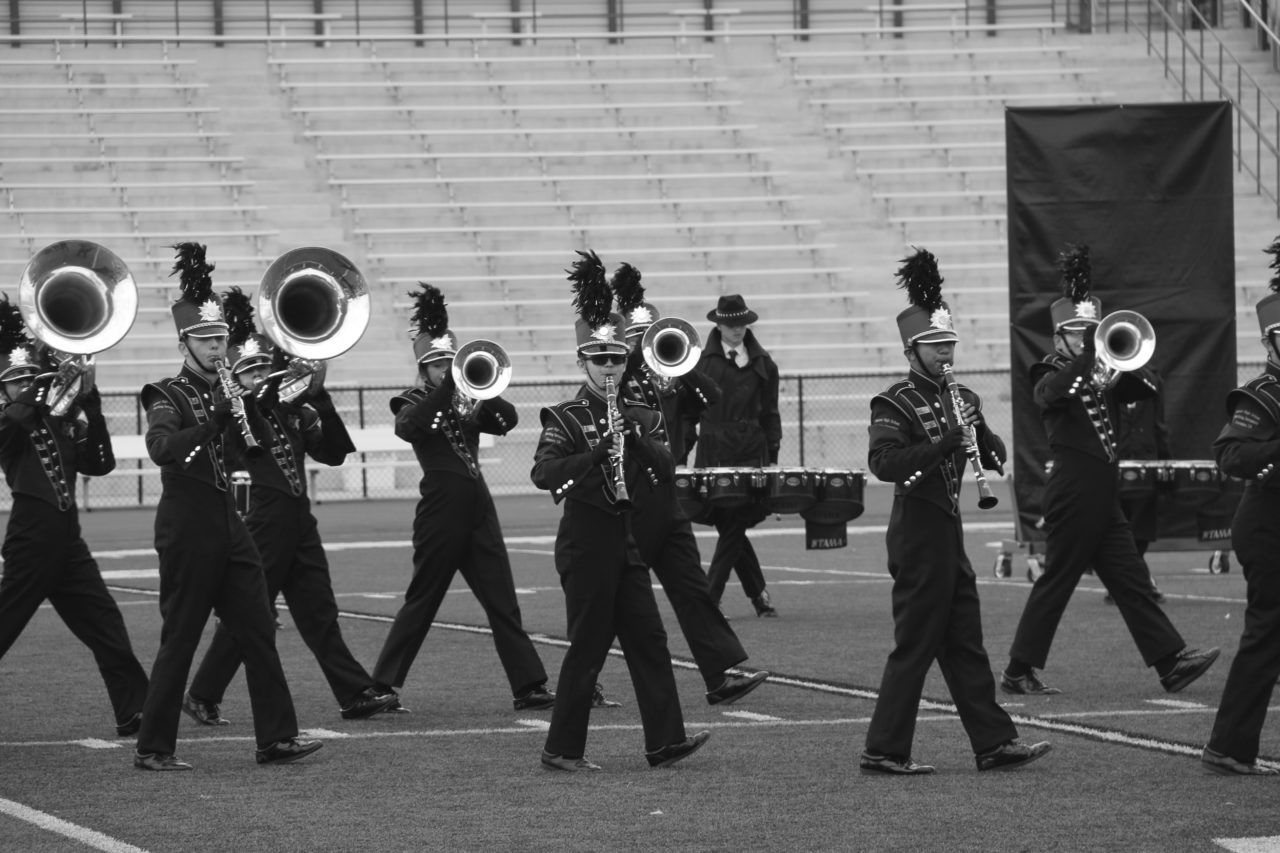 The band won the 3A division finals by 2.6 points, with Capistrano Valley High School following behind.
They placed 2nd in Music Performance, 1st in Visual Performance, 1st in Music Effect, 2nd in Visual Effect, 1st in Percussion, and 2nd in Color Guard. Their total score was 88.5.
“Winning the 3A division was something we never doubted,” said Director Martin Rhees.
The band’s ultimate goal was to win the Open Class State Championship, a
tournament where all sizes of bands compete no matter their classification.
Playing at night is an advantage due to the spotlight being only on the performers and not the landscape around them.
The band came in 0.7 points short from being named bronze medalists.
The next 3A band came in eighth place and the next band the same size as Hoover’s came in eleventh place,
emphasizing the band’s accomplishment.
“We came up short, but gave it our best shot,” said Rhees.
“When the students are recognized, with and without their uniform on, that represents me doing my job,” said Rhees.